Modifiers in Blender allow us to alter objects non-destructively. This means we can adjust settings and cancel changes without affecting our original mesh.

This post will be an overview of the 54 mesh modifiers currently available in Blender.

All Modifiers in Blender

The “Generate” category of modifiers generate geometry or instances in some way. Now we’re getting into the good stuff.

The Array Modifier creates Instances (copies that share data) of the original mesh and aligns them into an array according to how we tell the modifier to do so.

With the modifier added to an object, we can enter the “Count” to tell Blender how many times to copy the mesh. Then, we choose from the offset options:

In the “Caps” section, we can add an object to serve as end caps for the array. An example of when this would be useful is creating a fence. We would need a post to serve as at the end of the array to cap off the fence. Here’s a short video on this.

Multiple array modifiers can be stacked on top of each other. In the above image, there is one modifier to array the monkeys across the X-axis and another for the Y-axis.

The Bevel Modifier adds a procedural bevel to an object to get rid of the perfectly squared edges. It does this non-destructively.

There are two ways to bevel an object: Vertices and Edges.

Important settings will be the amount of the bevel’s effect, the number of segments to us (higher will be smoother) and the limit method.

Custom bevel profiles can be used on the modifier’s bevels to give them interesting edge shapes (think crown molding).

Here’s an article all about beveling in Blender (with or without this modifier).

The Boolean Modifier takes the mesh from a target object and combines it with the modified object. There are three operations for how it does this:

The Boolean Modifier is a shortcut to model faster. A lot of Add-ons make use of it.

We need to select the operator type and then choose the object or collection we want to be the target for the operation. If you run into problems with it, try recalculating the Normals on both objects.

The Build Modifier animates the construction or deconstruction mesh based on the “Sort Order” of the faces.

Start Frame is where the animation begins and Length is how many frames it builds over. Checking reversed will reverse the animation to deconstruct the object.

The Decimate Modifier takes a high-poly object and reduces the mesh to fewer polygons while maintaining the shape of the object as best as possible.

Place it on an object and then reduce the ratio. A ration of 1 will reduce zero faces. A ratio of 0 will get rid of all the faces. With dense models (like photoscanned models) this can be turned to a surprisingly low number and still keep the object’s shape.

I have a full page on how to use the Decimate modifier in Blender.

The Edge Split Modifier splits the edges of a mesh apart from each other based on a specified angle. A cube with an applied edge split modifier will turn into six unattached faces. Faces that come together at an angle smaller than what is specified in the “Edge Angle” will remain connected.

Geometry Nodes are an entire area of Blender where geometry can be created, adjusted and manipulated using nodes. Although the controls are found in the Geometry Node Editor, they are applied as a modifier. When we add geometry nodes to an object, this modifier will be added to the object.

The Mask Modifier hides a portion of a mesh based on either vertex groups or an object’s armature. Apply it to an object and then choose the vertex group you want masked out of view. We can set a weight threshold (which can be animated) to hide or display vertices based on their weight.

We can switch from “Vertex Group” to “Armature” if our object has an armature. In pose mode, only portions of the mesh connected to the currently selected bone will be displayed. This can be useful for knowing what part of a mesh is connected to which bone and for isolating that part of the mesh.

The Mirror Modifier mirrors an object across either a selected axis or based on the location of another object.

A lot of things we model are symmetrical and we can be more precise and save time by procedurally mirroring the sides of the object.

The object is mirrored based on its origin point and most frustrations with this addon are caused by having the origin point in the wrong place when we add the modifier.

We can choose to bisect the mesh. This means that if there is geometry on each side of the origin point, the modifier will cut off one side. Clipping prevents vertices from moving across the center point.

We can merge vertices that are close together near the mirror axis by setting a merge threshold.

The Multiresolution Modifier (or “Multires” for short) allows us to subdivide a mesh non-destructively but also to sculpt the subdivided mesh.

We can add a lot of detail in sculpt mode without adding to the base geometry in the viewport. It is an alternative to Dyntopo and to the remesh function.

We individually select subdivision levels for the viewport, sculpt mode and for the final render, allowing us to maintain viewport responsiveness but having the extra detail when we need it.

The Remesh Modifier reconstructs the mesh of an object. It is a fast way to achieve retopology for a mesh which lacks “clean geometry.”

There are four methods for remeshing an object’s geometry with the modifier:

Octree Depth and Scale are two settings which will appear for most options. Octre Depth affects the resolution of the final mesh. Higher Octree Depth settings will be more dense and detailed. Scale is similar in that it affects the size of the faces of the new mesh.

The Screw Modifier takes the profile of an object and creates a helix-like spiral out of it. It is useful for screws, springs and similar twisted objects.

The Skin Modifier creates a skin-like surface surrounding vertices and edges of a mesh. The weight / scale of the skin at each vertex can be controlled by pressing “Control + A” and scaling the skin around the vertex.

The modifier can automatically add an armature to any shape it’s applied to. The modifier can be used to make interesting shapes or to create the base mesh of a character or creature to sculpt later.

Fill options allow us to fill the gaps between the inner and outer edges of the surface.

The Subdivision Surface Modifier (often called a “SubSurf Modifier”) may be the most widely used modifier in Blender. It is used to split the faces of a mesh into smaller faces to give it a smoother appearance.

The modifier adds geometry in a way that is not saved as object data and therefore does not slow performance in the 3D Viewport as much. The geometry created by the subdivision surface modifier can not be edited until the modifier is applied.

There are two ways which the subdivision surface modifier can operate.

The Triangulate Modifier converts all surfaces in a mesh to triangles. It will affect both quads and N-gons.

The Volume to Mesh Modifier converts a volume object (this is a specific type of object in Blender) to a mesh. It is the opposite of the Mesh to Volume function.

The Weld Modifier merges vertices that are within a certain distance from each other. Increasing the distance will merge more vertices. Unlike the Merge by Distance function, this can be done non-destructively (so it can be un-done).

The Wireframe Modifier turns the object’s mesh into a wireframe. Every edge of the mesh will become a wire in the wireframe. We can give the wireframe thickness and control other settings non-destructively with the modifier.

Here’s my full tutorial on using the wireframe modifier settings. 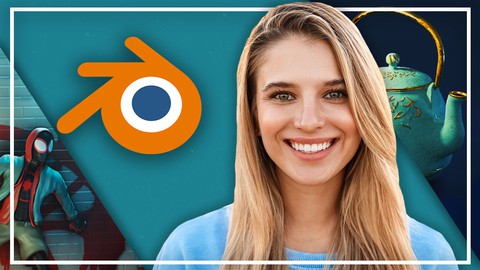